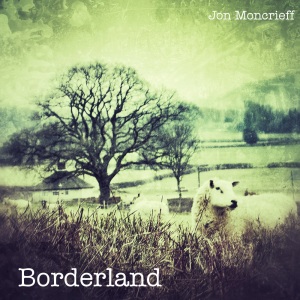 Borderland has now been released by CD Baby, Amazon and iTunes to follow.

You can find it from the link on the left, designated in a subdued and tasteful way “Buy my Album” in the hope that this will work as a bit of subliminal advertising and before you know it you will have bought copies for self and friends.

There is a bit more detail here  with the opportunity to read about and preview the album. There is also a widget on that page in case you, for some reason, forgot to click the link at the left and haven’t bought it yet.

The usual advice / plea applies, viz. if you like it please tell all your friends, if not please keep it to yourself.

I have just received a letter from the company that supplies me with daily disposable lenses explaining that they had made an error in their charging for the service and that this error was because of “changes and service enhancements being made to the Contact Lens Reward Scheme”. I have written before about the irritating tendency of the IT community to keep improving things until they no longer work properly so this wasn’t a big surprise, and they noticed before me and have promised to make good their errors so that’s all right then.

What is surprising, though, is that the error is only the third most annoying thing about the letter.

The second is that the letter was written in the sort of quasi-legalese that business types adopt when they wish to appear precise and capable, but contained a spelling error. It was signed by someone with the job title of “Category Manager – Contact Lenses”, a term which may have meaning within their organisation but has none to me so why tell me? The lesson here is to get the letters written by someone with a reading age of 8 or so, then proofread by a grown-up, not the other way around.

The most annoying thing, by some distance, is that they had generated this pro-forma letter from their records, and then someone had taken the trouble to manually “improve” my name and address. They have had me as a customer for somewhere north of 20 years and my current address for 6 years or so. However, the opportunity arose, so someone in their organisation inserted an extra ‘h’ into my name creating a spelling never to my knowledge used anywhere before. Whilst in the mood they knocked off an ‘s’ from the house name, presumably before retiring for a well earned cup of tea after a day’s mischief well done.